In this approach, the pregnant woman finds an essentially just place.

Through my wonder at the magic of gestation, there is an obvious place for the spontaneous appreciation of the developed forms of the pregnant woman, in this already sumptuous amplitude, in their primordial reality of life.

It is so good to exaggerate these volumes thanks to the excessiveness of the bodies sculpted in clay.

In fact, my current production is mainly dedicated as a hymn to femininity and fertility.

Besides, it is not impossible that artistic creation is a way for me to compensate for the frustration due to the limitations of my "male being". Indeed, it is a bit like granting it the capacity to let germinate in itself , in an improbable matrix, the seed of an embryo (artistic work?), and to give it a chance to be born of itself. 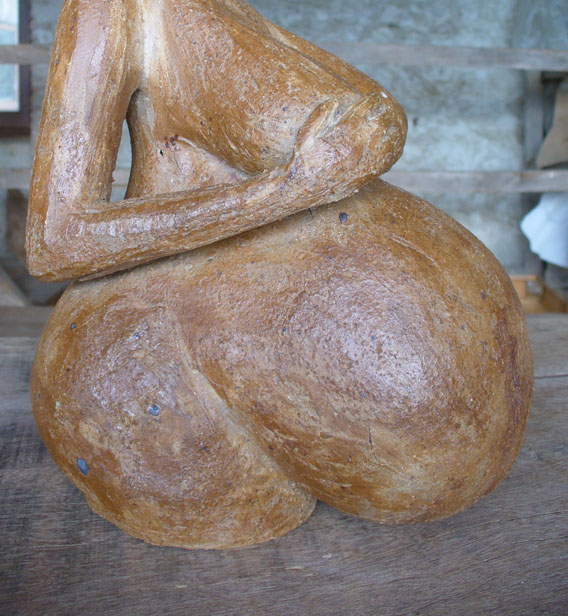 I am able today to express some of the emotions on which my current work is founded: